This is thesis thirteen from Myk Habets’ and my 2012 edited book Evangelical Calvinism: Essays Resourcing the Reformation of the Church. Myk and I cowrote chapter fifteen of this volume which is made up of fifteen theological theses that reflect the style of Evangelical Calvinism that Myk Habets and myself endorse. Pay attention to this particular thesis, it is an important one!

Thesis Thirteen. There is no legitimate theological concept of double predestination as construed in the tradition of Reformed Scholasticism. 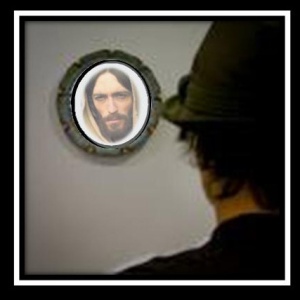 Following immediately on from the previous thesis we deny any form of double predestination as traditionally construed by Classical Calvinism; specifically, that there is a mass of humanity predestined by God from all time to Hell. Those who are on the “broad way” to destruction have experienced the love and grace of God for them in Christ only to have rejected such grace, and as such have damned themselves to an eternal separation from God.[1]

In commenting on the Scottish Evangelical Calvinist, James Fraser of Brea, Torrance writes:

Fraser held that Christ died for all people, the unbelieving as well as the believing, the damned as well as the saved, the reprobate as well as the elected. How, then, did he think that the death of Christ, not least his atoning satisfaction for sin, bears upon those who reject Christ and bring damnation upon themselves? This was one of the basic issues where James Fraser sided with the teaching of John Calvin, rather than with that of those “Protestant Divines” who, he complained, had not followed the old road. The particular point we must take into account here is that according to St. Paul the knowledge of Christ is to some people a “savour of life unto life,” but to others it can be a “savour of death unto death.” In that light it may be said that while the preaching of the Gospel of Christ crucified for all mankind is meant for their salvation, it can also have the unintended effect of blinding and damning people—it becomes a “savour of death unto death.” That is how Fraser regarded what happened to the reprobates in becoming “the vessels of wrath.”[2]

With Scripture, Calvin, Fraser, Barth, and Torrance, Evangelical Calvinism holds that Christ is the mirror of election and thus he is the elect “man” for others. It is Christ, therefore, and not some divine decree enacted in a pre-temporal decision, that becomes the center of predestination—Christ is both God’s “Yes” and “No” in himself. As Suzanne McDonald has convincingly articulated, election has to do primarily with representation—of God to humanity and humanity to God—and thus Christ is the primary subject and object of such election.[3] The consequence, then, is that both the elect and reprobate find their orientation in Christ. In other words, all of humanity is elect in Christ, and their reprobation becomes a reality per accidens[4] as they reject, inscrutably, their election in Christ. To reiterate an earlier point, an Evangelical Calvinist may confidently assert that: “There is no wrath of God that is not first experienced as the love of God for you.”[5]

[4] John Calvin says in his commentary on 2 Corinthians 2:15: “. . . Thus Christ came not into the world to condemn the world (John iii. 17,) for what need was there of this, inasmuch as without him we are all condemned? Yet he sends his apostles to bind, as well as to loose, and to retain sins, as well as remit them. (Matt. Xviii. 18; John xx. 23.) He is the light of the world, (John vii. 12,) but he blinds unbelievers. (John ix. 39.) He is a Rock, for a foundation, but he is also to many a stone of stumbling. (Isaiah viii. 14.) We must always, therefore, distinguish between the proper office of the Gospel, and the accidental one (so to speak) which must be imputed to the depravity of mankind, to which it is owing, that life to them is turned into death.” Calvin, Commentary on the Epistles of Paul the Apostle to the Corinthians, 161.

[5] Cf. Thesis 8. According to Torrance, When Christ Comes, 188, “That is why we are afraid of God—because He wants to give Himself to us in love, and His love is our judgment. Because we are afraid, our guilty conscience distorts the face of God for us and makes us afraid to look upon Him. We are trapped in the pit of our own fears, and run away from the very One who really loves and the only One who can forgive us.” Torrance proceeds to exposit the “wonderful exchange” wrought by God in Christ whereby Christ takes our judgment and our place that we might be given his place (184).

42 thoughts on “Thesis Thirteen. There is no legitimate theological concept of double predestination as construed in the tradition of Reformed Scholasticism.”