Karl Barth, The Reformed Theologian Par Excellence: Christ Rather than the Confessions as the Canon

This might seem rather pedantic, like at the level of: who cares? But, apparently I do. Others do too, but only those ensconced in the confessional of so called Protestant Reformed orthodoxy; theological identity is important in these sectors. For me it’s mostly important as a matter of fact, rather than proving an identity [for Barth] that in itself does nothing, one way or the other, with 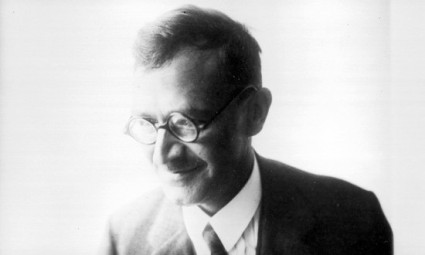 reference to his constructive theological offering for the Christian churches. Maybe you are tracking already with what I am referring to. Barth is denied entrée into the genuinely Reformed branches of the Protestant churches, pretty much because those in those churches believe he is still too liberal and modern; that he doesn’t submit, in slavish ways, to the confessional traditions in the purist ways they ostensibly do.

But Barth was a Reformed theologian. He might not fit in with the ad hoc standards the “standardizers” have set, but that’s no matter; that’s ad hoc. As is typical though with Barth his approach to all things, at a formal level even, is always Christ concentrated. Of course when we read Barth, as with any theologian, we must be attentive to their point of maturation. The early Barth, or we might say the Göttingen Barth, was clearly a Reformed theologian; just at the point that demarcated Lutherans from the Reformed, even in the magisterial days—the days saturated with the Eucharistic debates about Christ’s presence. This debate, surely, stemmed from a broader discussion and implication grounded in the Christological quarrels that we can trace into the patristic period.

At the very minimal we can say that the early Barth was a Reformed theologian. But I would contend that he remains largely Reformed throughout his career as a theologian; even after he reforms the classical understanding of election in Church Dogmatics II. Here Darren Sumner notes Barth’s self-conscious Reformed location, contra the Lutherans, as he works out his dogmatics in Göttingen:

Finally, it should be noted that here Barth is self-consciously Reformed. The lectures are given as a contrast to Lutheran Christology—which Barth regards as an innovation (particularly with respect to the communicatio idiomatum) doomed to fail just as Eutychian monophysitism failed. There seems to be no possibility of harmony between these two Reformation schools on the matter of Christology. Both lay claim to parts of the Chalcedonian Definition. One must decide between the two, and Barth acknowledges that the place from which he speaks is Reformed and not Lutheran: “One cannot be both, as far as I can see and understand.” But at least, Barth adds, the decision on the Reformed side has never been understood as exclusive: “Not No, but Yes!” The sense of this is that Barth believes that the Reformed may not have it all right in their Christology, but they did well in maintaining an attitude of theological openness while opposing the errors of their opponents. Theirs is a corrective, but not a replacement of one theological system with another, in a definite and exclusionary sense.[1]

I think this represents a better way towards identifying theological identity. In other words, why refer to the Reformed confessions as the standard for membership in the Reformed faith. Even among those who ostensibly adhere to them as their canons, even they have severe lassitude and disagreement on points of emphasis and articulation. Historically, I think referring to actual theological material as the theological identifier of someone is the better way. The Christological impasse represents an excellent standard for this, in and amongst the ancient and even contemporary Protestants.

Barth self-consciously falls on the Reformed side, particularly given his christological commitments. Even as he became more constructive, moving beyond Göttingen, he still retains his Reformed emphases. Just read his CD, in particular his footnotes and you’ll see his heavy engagement with the scholastics Reformed throughout.

At the end of the day, what Barth offered was a theological oeuvre that is fruitful and edifying because he attempted a theological endeavor that intentionally and obsessively worked from Jesus Christ. Whether or not this meets the standards of what counts as Reformed theology in the 21st century doesn’t ultimately matter. The eschaton will reveal what matters; the eschaton will be the time that shows that Barth’s attempt was the better way, just because he slaved himself to the Christ as the reality and centrum of all theological output for the churches. Even so, Barth was Reformed!

← A Response to Peter Leithart and Steve Duby: ‘In Defense [or Critique] of Christian Philosophy’
Radicalized Christus Praesens as the Alternative to the Natural Knowledge of God Posited by the Dubyian and Thomist Tradition →