Hebrews 2:14-18 and Agamben on Fear, Death, and The Truth: Applied to the “Pandemic”

There is lots of fear in the air; indeed, there is so much fear in the air that masses of people are afraid to breathe the unmasked air. But this isn’t the Christian’s mode of existence. 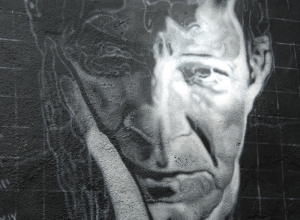 We are people of the Truth, as such we of all people ought to be reflecting lives that are characterized by at least two things: 1) fearlessness and 2) truthfulness—not to mention loveliness, which the former two are adjuncts of. I just read a short book by Italian social commentator and philosopher: Giorgio Agamben. The book is entitled: Where Are We Now? The Epidemic As Politics. Surprisingly to me he is in line with the way I see things ongoing in the world currently (even as far as seeing the tyranny underway as parallel with the sort that we saw in Nazi Germany, except the current attempts at tyranny being magnitudes greater given its scope). But I digress; let’s return. Agamben offers an insightful perspective on the role that fear of death is playing in allowing the current climate to fester; he gains his insight through interaction with of all people: Heidegger. Agamben writes:

How is one to deal with this fundamental attunement, in which man seems always and constitutively to be in the act of collapsing? Since fear precedes and forestalls knowledge and reflection, it is quite useless to try and convince the frightened with rational arguments and evidence; more than anything, fear denies them access to a reasoning process that would preclude fear itself. Heidegger writes, fear “bewilders us and makes us ‘lose our heads’”. So much so that, in the face of the epidemic, it was evident that the publication of irrefutable data and opinions from trustworthy sources was being systematically ignored and discarded in favour of others that, by the way, did not even feign scientific credibility.

Given the originary character of fear, the only way we can ever untangle it is by accessing an equally originary dimension. Such a dimension does exist . . . .1

Agamben hits upon various threads of interest, but let us focus on two: 1) the way fear functions in regard to mitigating people’s capacity to think rationally/critically; 2) what is the way out of this fear? On the latter point Agamben moves in a strictly humanistic direction devoid of the Spirit, and in abstraction from the Christian answer, Jesus Christ. Nevertheless, he identifies an ongoing peril that the world faces, and the Christian, again, of all people ought to have the capacity to witness to the world that Jesus is Lord and all subsequent “truths” are His.

The author to the Hebrews hits upon the very esse of what is driving the current climate of fear (Agamben writes elsewhere in his little book on how the “leaders” capitalize on this fear). Ultimately, people are afraid of their own mortality. They don’t like being reminded of it, even if the “reminder” is couched in an intentional deception. What isn’t a deception, as Christians of all people ought to know best, is that we are dying and going to eternally die without being subjectively in union with Jesus Christ. But this is the blessed answer that the Christian has to offer the world; indeed, it is a two-pronged (at least) answer wherein: it addresses the very foundation of ultimate fear, and in the process, as it reveals that answer to that fear, it does so by exposing other attending truths that dispels the mythology the fearmongers (and thus children of satan) are deploying in an effort to magnify their own wanton and perverse desires. The author to the Hebrews:

14 Since therefore the children share in flesh and blood, he himself likewise partook of the same things, that through death he might destroy the one who has the power of death, that is, the devil, 15 and deliver all those who through fear of death were subject to lifelong slavery. 16 For surely it is not angels that he helps, but he helps the offspring of Abraham. 17 Therefore he had to be made like his brothers in every respect, so that he might become a merciful and faithful high priest in the service of God, to make propitiation for the sins of the people. 18 For because he himself has suffered when tempted, he is able to help those who are being tempted. –Hebrews 2:14-18

In nuce, the answer is the Incarnation (the consubstantiality of the person of Christ who is both fully God and fully human in his singular personalis). In other words, the answer to the fear of death, the fear that casts humanity en masse into a morass of putrid irrationality that has the capacity to lead them into subjecting to tyrants, is to become united to Jesus’ resurrected humanity for them; wherein they are now united to the indestructible and eternally durable life of the Father, Son, and Holy Spirit. This is the way out of not only living a life of inaffective irrationality vis-à-vis God, but ultimately, and most significantly this is the way to experience a life charged with the very LIFE of God. When the world sees Christians living lives of utter resistance to the Father of Lies, they might glimpse into an ‘otherworld’ that they never knew, but might have hoped existed. This is the basis and the purpose for which the Christian has been built. We are here to bear witness to the Truth, and all attending truths as those correspond to real reality, that Jesus is LORD, and that there is literally nothing to fear; especially death itself.

Instead, what the world is primarily being subjected to, is a Christian Church so ensnared by the trappings of the culture, that they are being led to believe that there really is no other answer, but to be subject to ‘thisworldly’ system of behaviors and irrationalities. In other words, it is far from “loving” to wear a mask, take vaccines (that aren’t vaccines), participate in lockdowns, and other irrationalities (in proportion to what the actual virus is), because none of these things are grounded in the truth. Instead, as Agamben underscores, elsewhere in his book, falsity is now masquerading as the truth; so much so, that anyone who stands against the falsity, even actual scientists in the critical world of such studies (V the ones paraded for the world on mainstream news), are considered to be conspiracy theorists. Unfortunately, in order to reiterate, Christians en masse are submitting to whatever they are told by the so-called news sources. They aren’t even doing due diligence to see if what “they are being told” actually corresponds to concrete scientific data—they are simply satisfied with being told that it is (and this without any further consideration on their part). But this is and never has been the Christian way. Maranatha

← Why Are the Theologians So Quiet?: The Speculated God and His Silent Followers
Barmen, Barth and Agamben in Contradiction to BigMedicine as the State Church →