Addendum: I do not accept anonymous comments. If you’re going to comment use your real full name, and make an attempt at an argument. If you don’t, then going forward I will not approve your comment. Further, if you leave ad hom comments (with tinfoil and other like references) you will go immediately to the spam bucket.

In response to Mark Galli’s Christianity Today editorial entitled plainly: Trump Should Be Removed From Office. I want to register my anger at Galli’s article in this post. I’ve had an ongoing relationship with Galli over the years, to the point that I wrote an article for Christianity Today and was a judge for them choosing the best theological book for 2014. Galli, has been a reader of my blog, and even 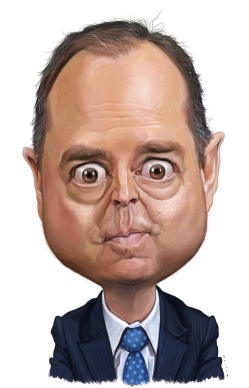 has directed people to my blog in his recent book on Barth. Unfortunately, Galli has followed the lead (or maybe is helping to lead) of vanilla mainstream evangelicalism in North America. His article is premised on this, as he writes:

But the facts in this instance are unambiguous: The president of the United States attempted to use his political power to coerce a foreign leader to harass and discredit one of the president’s political opponents. That is not only a violation of the Constitution; more importantly, it is profoundly immoral.[1]

It is hard to know how to respond to this. If you have watched the fiasco or circus that Adam Schiff, Nancy Pelosi, and Jerry Nadler have put on at the United States House of Representatives over the last couple of months (actually over the last three years) one wonders how Galli could triumphantly claim what he does. The facts are: all the witnesses the democrats paraded forward were all hearsay witnesses minus one; and that one, the sole fact witness (who I heard myself) repudiated the idea that Trump engaged in the coercion of a foreign (Ukrainian) leader. The facts are genuinely unambiguous, but they are that Trump did not behave in the manner the democrats wish he had. I have a question for you, Mark: if the facts of coercion are so unambiguous then why did the House democrats “impeach” him on different, in fact trumped up non-impeachable charges that have no corollary with what you claim is unambiguous? And if he was impeached on different charges than you claim, then what credibility does your call have in regard to removing Trump from being POTUS? If it is demonstrable, then your premise is false, and it is, then the whole of your article is a travesty for those of us who are called to be ‘people of the Truth.’ You face a ‘stricter judgment,’ Mark.

The facts are: Schiff demonstrably lied, lies, continues to lie and fabricate “evidence,” whistleblowers, and transcripts. Democrats have been hell-bent on impeaching Trump ever since the day he won the election to their astonishment. And so they have fabricated a Russia plot, and when that failed, they constructed this Ukrainian plot. The greatest irony to me is that Hillary Clinton is the one with ties to Russia; and Joe and Hunter Biden involved in scandal with the Ukraine. If these are the facts (and they are more deep, nuanced, and damning than what I just noted) then upon what basis, Mark Galli, do you call for the removal of Trump from being POTUS? How is this in keeping with the Christian witness of being people of the truth? You are submitting yourself to a movement shaped by utter spite and hate, and given voice by people who are willing to blatantly and clearly lie to the American public for their own political expediency and sense of power in the world. How is this Christian? It isn’t, you should repent, Mark.

Evangelicals of Galli’s persuasion so hate Trump, and what they perceive he stands for, that they will at all myopic costs sacrifice all else to ‘remove Trump.’ When I say all costs I mean this: they will support a politically partisan movement that has gone absolutely rogue and mad in its effort to overthrow an elected leader by the people. In this process to oust Trump, the DNC, has compromised the very fabric of our Constitutional Republic’s essence. The House democrats have gone rogue, and have set precedent for impeachment that is so low that in years to come any and all POTUS’s will be almost immediately open to impeachment simply because the losing party hates and despises him or her. This is a fissure that has scary and historic ramifications. If one branch of our three branched government can go rogue against the other two branches the very basis of our Republic has been lost, and we are now open to total collapse and chaos as a Democratic Republic. This is what evangelicals like Galli have tied themselves to in the name of Jesus Christ; a movement of gross overreach and political power that destroys the very foundation of our country.

If Trump should be removed from office then that ought to be done by the people in 2020. But he won’t be. I did not vote for Trump in 2016, but policy wise he has made true on his promises; primary of which for me is the shakedown of the abortion industry. I’m not as pleased with his handling of immigration reform, or the humanitarian issues involved with that complex. But none of that can be solely laid at Trump’s administration. It is a monstrosity that has plagued our country for decades, trans-party.

All in all I cannot stand with Christianity Today or Galli any longer. I was associated with them primarily because of my writings on Karl Barth and Thomas Torrance, but after this statement from Galli (as representative of CT as a whole) I cannot and will not stand with them. One positive thing I will note: most people are too afraid to speak out about what they believe in our evangelical milieu of wanting to be accepted by all; I do commend Mark for the guts to make his viewpoint known. Unfortunately, he is radically wrong. I have likewise lost many associations because of my willingness to speak out openly and forthrightly about what I believe. I am open to engaging people with opposing viewpoints, but only if that is done in good faith.

View all posts by Bobby Grow

Hello my name is Bobby Grow, and I author this blog: The Evangelical Calvinist. Feel free to peruse the posts, and comment at your leisure. I look forward to the exchange we might have here, and hope you are provoked to love Jesus even more as a result. Pax Christi!